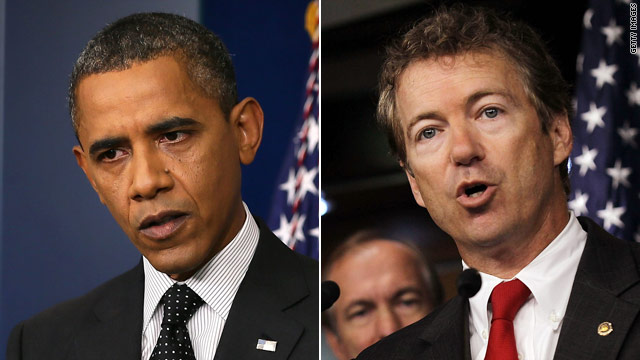 (CNN) - President Barack Obama battled with Sen. Rand Paul during their weekly addresses Saturday, with the latter describing it as "a war ... for the heart and soul of America."

Obama contrasted the views of Republicans and Democrats on Medicare, saying Republicans wanted to "turn Medicare into a voucher program" and "effectively end Medicare as we know it."
END_OF_DOCUMENT_TOKEN_TO_BE_REPLACED