(CNN) - The Democratic National Convention chairman on Monday suggested he would like to see President Barack Obama and Mitt Romney appear together on the Gulf Coast in the wake of a tropical storm which is fast approaching the region and is expected to be a Category 2 hurricane by the time it makes landfall.

"I also agree that it would be great to see the two of them there in support of the people," Antonio Villaraigosa said on CNN's "The Situation Room."
END_OF_DOCUMENT_TOKEN_TO_BE_REPLACED

(CNN) - Former longtime Pennsylvania Senator Arlen Specter was battling for his life Monday after recently being diagnosed with a "serious form of cancer," a source close to his office told CNN.

Specter, who has overcome numerous serious illnesses over the past two decades - including a brain tumor and non-Hodgkins lymphoma - was diagnosed six weeks ago with the new form of cancer, the specifics of which are being closely held by his family.

Specter had "a big flare up" of the disease Monday night, the source said.

Tampa, Florida (CNN) - Mitt Romney's campaign said late Monday that the GOP presidential candidate would be in Tampa on Tuesday, the same day the official business of the Republican National Convention gets underway.

Romney is expected to formally accept the GOP nomination in a speech on Thursday. 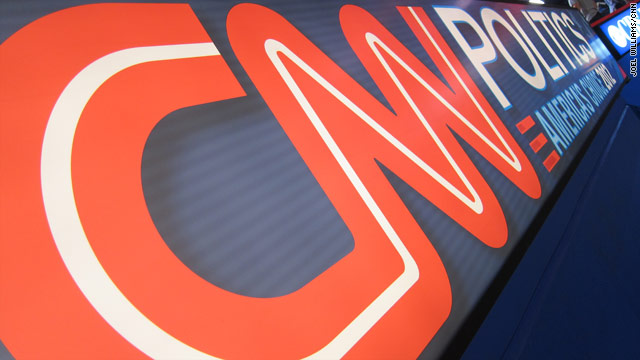 CNN Election Roundtable to tackle questions LIVE from the RNC

(CNN) - Now that the Republican National Convention in Tampa has begun, the 2012 general election season kicks into high gear. And that has left many voters curious about what will happen during the biggest week for the GOP.

Will the truncated Republican convention hurt candidate Romney? What will Gov. Chris Christie say in his much-anticipated keynote address this week? And will the ghost of Seamus the dog make an appearance at the convention?
END_OF_DOCUMENT_TOKEN_TO_BE_REPLACED

(CNN) – Former Republican presidential contender, Herman Cain, said Monday he's paying for an investigation into the source of sexual impropriety reports during his primary campaign that eventually pressured him from the race.

Cain gave up his presidential bid last December amid a flurry of allegations of past sexual impropriety, alleged to have taken place during his tenure as president of the National Restaurant Association. He was also confronted with news reports of a past extramarital relationship.
END_OF_DOCUMENT_TOKEN_TO_BE_REPLACED

Tampa, Florida (CNN) - An adviser to Mitt Romney said Monday that Tropical Storm Isaac, currently on track to become a category 2 hurricane and make landfall in Louisiana early Wednesday, would not drastically affect the tone of the long-planned Republican National Convention, though he acknowledged steps would be taken to make note of the potential disaster.

"I don't think this is really going to change much of what we are going to do," Romney Senior Adviser Russ Schriefer said on a conference call meant to provide a programming update on the Republican National Convention. No schedule changes were made, though Schriefer previewed Tuesday evening's slate of speakers, saying the prime-time ten o'clock hour would exclusively feature Ann Romney and New Jersey Gov. Chris Christie, who is delivering the convention's keynote address.
END_OF_DOCUMENT_TOKEN_TO_BE_REPLACED

(CNN) - CNN Monday turned the important battleground state of North Carolina from "lean Romney" to true "toss up" on its Electoral Map, following the release of a new CNN/Time Magazine/ORC International poll that indicated the race for the state's 15 electoral votes was a dead heat.

The move by CNN comes one week before the Democratic convention kicks off in Charlotte, North Carolina.
END_OF_DOCUMENT_TOKEN_TO_BE_REPLACED

Priebus: Convention will be 'nimble' based on weather

(CNN) – Although the shortened, three day Republican National Convention is still the plan, party committee Chairman Reince Priebus told CNN on Monday that the mid-week landfall of Tropical Storm Isaac could still cause changes to the schedule.

"That's the plan right now," Priebus said. "But I will tell you we are going to be nimble.
END_OF_DOCUMENT_TOKEN_TO_BE_REPLACED

Homespun welcome for Ryan in Janesville

Janesville, Wisconsin (CNN) – Back in his high school gym in Janesville, Rep. Paul Ryan's voice cracked when he recognized so many familiar faces in the crowd.

"It's very moving," said Paul as he looked around the packed gym that included family, friends and acquaintances, as well as homemade signs and people, including his son Sam, who were wearing cheesehead hats spray-painted with Romney-Ryan logos.
END_OF_DOCUMENT_TOKEN_TO_BE_REPLACED