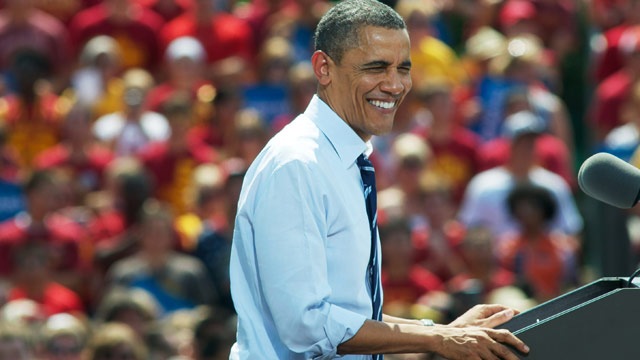 Fort Collins, Colorado (CNN) – Kicking off a three-state tour of college towns on Tuesday, even as Republicans hold their convention, President Obama told students in Iowa that his rivals are actively trying to keep young voters home come Election Day.

“Last week my opponent's campaign went so far as to write you off as a lost generation. That's you, according to them,” Obama told a crowd that numbered 6,000 at Iowa State, his first of two stops Tuesday. “What they hope is that by telling you these things you'll get discouraged and you'll just stay home this time. But you can't – you can't believe it”