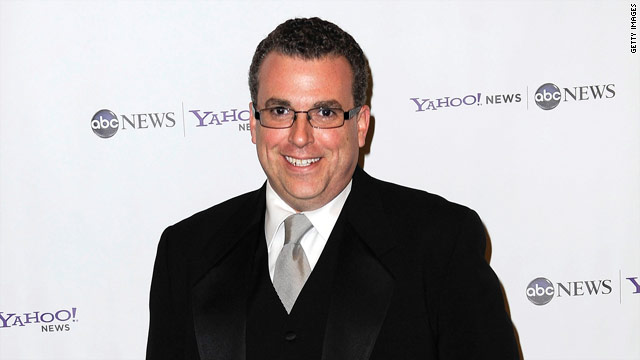 (CNN) - Yahoo News' said Wednesday the company had fired its Washington bureau chief after he made a statement they called "inappropriate" in a webcast.

A conservative media-watching website posted audio of the ABC News-Yahoo News webcast. In the background, the bureau chief, David Chalian, could be heard saying to laughter, "They're not concerned at all. They are happy to have a party with black people drowning."

Chalian said in a statement posted to his Facebook page Wednesday afternoon, "I was commenting on the challenge of staging a convention during a hurricane and about campaign optics." The Republican National Convention opened this week, and Hurricane Isaac last night made landfall in Louisiana.

In his statement, Chalian said he was "profoundly sorry for making an inappropriate and thoughtless joke."

"I have apologized to the Romney campaign, and I want to take this opportunity to publicly apologize to Gov. and Mrs. Romney," he said. "I also regret causing any distraction from the exceptional coverage of the Republican convention by Yahoo News and ABC News."

Yahoo News said in a statement posted to Twitter on Wednesday that his comment was "inappropriate and does not represent the views of Yahoo! He has been terminated."

"We apologize to Mitt Romney, his staff, their supporters and anyone who was offended," a separate post read.

The audio was posted by the website Newsbusters which says it documents "liberal media bias."