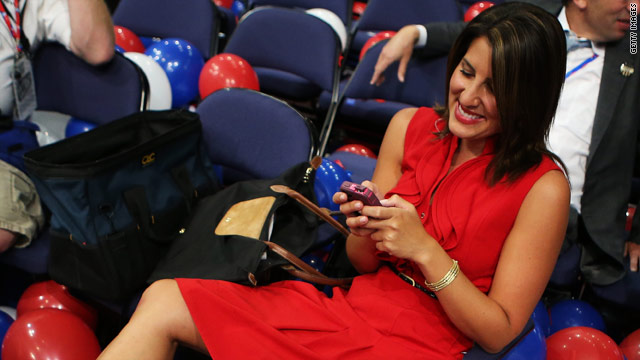 Washington (CNN) - When Republican presidential nominee Mitt Romney's Twitter account surpassed one million followers this weekend, the campaign took to Twitter to boast about their "1 million active followers." But according to a web app that analyzes the quality of an account's followers, that number may be far from accurate.

The "Fake Follower Check" from StatusPeople, a social media management company, shows that 28% of @MittRomney's followers are inactive and another 14% are fake accounts.

This number, however, may put him on surer footing than the man he is challenging for the White House. On overall follower count, President Barack Obama blows Romney out of the water with more than 19 million followers.

But the site finds the quality of Obama's Twitter followers is even poorer, with 35% of them inactive and 31% fake.

Determining the veracity of StatusPeople's identification of Twitter accounts as fake or inactive is difficult as their methodology isn't proven. And fake and inactive Twitter followers extend far beyond political Twitter accounts. According to the app, top 40 recording artists Lady Gaga and Justin Bieber, both giants on Twitter, have 31% and 14% fake or inactive Twitter followers respectively.

Here is the tweet that @MittRomney sent out to boast about his follower milestone:

Romney campaign Digital Director Zac Moffatt acknowledges that some of their followers are likely fake or inactive.

"That's the nature of the Web. But we don't define success by that," Moffatt tells CNN. "Our emphasis is not on vanity metrics such as overall number of followers. Actionable metrics such as re-tweets and mentions are all that matter."

A brief audit of Romney and Obama's last ten tweets as of publication shows that Romney's individual tweets do get re-tweeted on average of more than 3 times as much as Obama's tweets.

But Obama's tweets come at a much higher frequency. The ten Obama tweets were all tweeted in a 70-minute period, where Romney's tweets came from a range of 3 ½ days.

Obama also ranks higher on Klout, which measures online influence by measuring dozens of variables. On the 0-to-100 scale, Obama is the highest ranked person on Klout with a score of 99 and Romney comes in at 90.