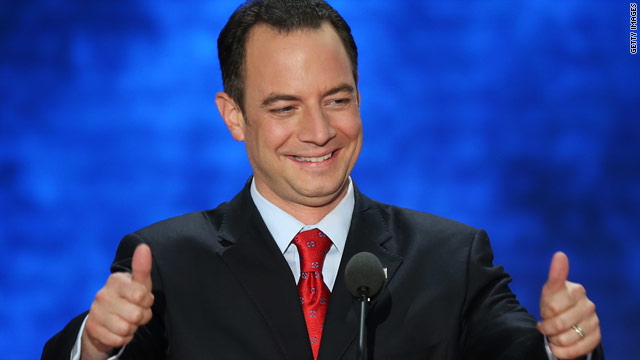 Charlotte, North Carolina (CNN) - Republicans launched their counter-programming effort in Charlotte on Monday with a simple message: Americans are not better off today than they were four years ago.

"The thrill and pixie dust of the Barack Obama presidency is gone," Republican National Committee chairman Reince Priebus told reporters. "There is no hope … After four years of Barack Obama we are not better off."

Priebus was speaking inside a sleek "war room" that GOP officials opened in the basement of the NASCAR Plaza office tower in downtown Charlotte, just steps from the newly-erected security perimeter surrounding Democratic National Convention festivities.

Priebus also revised his prediction from before the Republican National Convention in Tampa that Mitt Romney would get a "real" and "visible" bounce in the polls after his convention speech.

While spotty, national polling since the GOP convention has no discernable bump for Romney.

Priebus said Republicans are feeling "a lot of momentum" out of Tampa but acknowledged that there has only been "a small bump" since Tampa.

"We have nowhere else to go but up," he said.