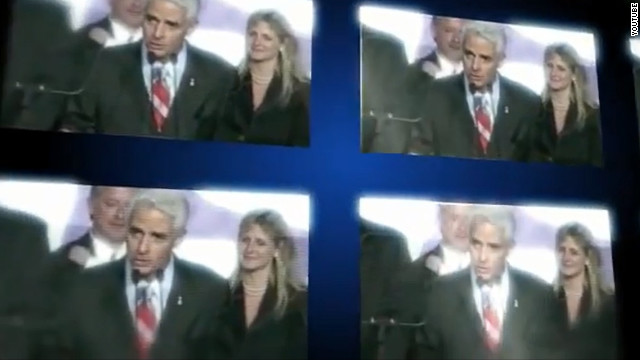 (CNN) – Florida Republicans are taking to the airwaves to hammer their state's former GOP governor for his speaking slot at the Democratic National Convention, the Republican Party of Florida announced Tuesday.

The group's ad features old news clips of former Gov. Charlie Crist proclaiming his conservative credentials, including praising President George W. Bush and Sarah Palin, saying he was "about as conservative as you can get."

After leaving office, Crist ran for U.S. Senate unsuccessfully in 2010, first as a Republican and later as an independent. He has practiced law in Florida since his Senate loss and switched his party affiliation to no party affiliation.

Last week Crist endorsed President Barack Obama for re-election, writing that Republicans have "failed to demonstrate the kind of leadership or seriousness voters deserve." He is scheduled to speak at this week's Democratic convention, taking place in Charlotte.

"If many Democrats thought Clint Eastwood's speech was a bit odd, wait till they see Charlie Crist – a man who has built his career bashing virtually everything President Obama and the Democrats stand for, including the President's spending programs and ObamaCare – debate himself," Republican Party of Florida Chairman Lenny Curry wrote in a statement.

"Charlie Crist may try to use the Democrats' national convention as his latest attempt to shed his political skin, but the RPOF intends to make sure the people of Florida and the nation remember his words and record," he added.

The group said the ad would air on cable in Florida beginning Tuesday, and would run through Friday. They also added that an online campaign would accompany the television spot.