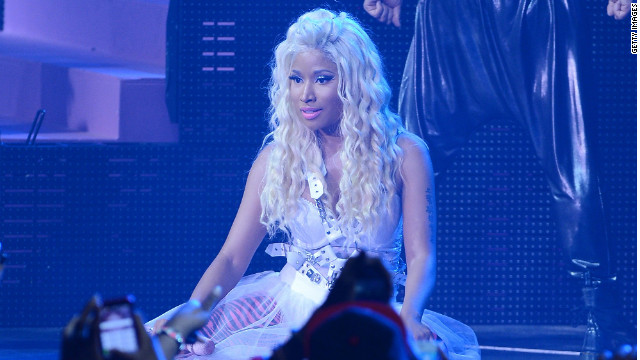 (CNN) – Rapper Nicki Minaj goes political in her latest lyrics, and not the way some would assume for a major celebrity.

"I'm a Republican voting for Mitt Romney," Minaj raps on a new release from Lil' Wayne. "You lazy b-hes is f-ing up the economy."

Minaj's latest lyrics were reported last night by outlets including The Huffington Post and Gawker.

Despite her proclamation, most observers seemed skeptical that Minaj was actually endorsing Romney, since she frequently assumes different personalities in her lyrics.

Minaj has delved into politics before on Twitter, including a plea to President Barack Obama to expand his sweeping health care law.

"Just give FREE health care to all. @BarackObama what can we do?" Minaj tweeted in June.

"@BarackObama I wouldn't mind the millions they took if it was going to healthcare. Why should a poor person struggle to pay for MEDS sir?" she added.

Minaj was recently announced as a judge on next season's "American Idol."