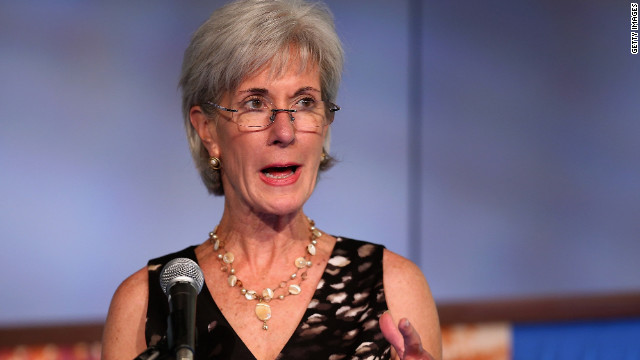 Charlotte, North Carolina (CNN) - Kathleen Sebelius ripped into Rep. Paul Ryan's Medicare plan on Tuesday, telling the Ohio delegation in town for the Democratic convention that the GOP-backed proposal would mark the death of the program.

"There is no question," the Health and Human Services secretary said. "It ends Medicare as we know it."

In his plan, the House Budget Committee chairman proposed replacing Medicare with a system that provides federal subsidies for seniors to purchase their own health care insurance.

Ryan, who was tapped last month to be Mitt Romney's running mate, has seen wide support among the GOP for the plan. The provision passed as part of Ryan's larger budget bill this year in the House but has not moved in the Democratic-controlled Senate.

While Romney has offered praise for Ryan's plan and says the proposal "almost precisely mirrors" his own Medicare plan, the GOP nominee has yet to elaborate on the differences between the two visions.

Sebelius is one of many Democrats aggressively using the idea as a wedge issue in the presidential race, saying a Romney-Ryan ticket would have detrimental results for the senior community.

If implemented, however, Romney and Ryan stress the law would not currently affect those over the age of 55, emphasizing they would retain their current Medicare benefits. The Romney campaign also makes the point that the proposal preserves traditional Medicare as one option for seniors, so that they'll have a choice between the traditional system and the new plan.

But Sebelius, a key advocate for President Obama's health care reform, warns that such a proposal would be too great a risk. She testified against the plan before the House last year when the measure was first proposed, and on Tuesday she continued her fight.

A spokesman for Ryan responded to Sebelius' remarks Tuesday afternoon.

“If Kathleen Sebelius would like to compare plans to preserve Medicare, we’d love the opportunity. Instead she’s just repeated what has been dubbed the ‘lie of the year.’ The only plan the President has offered robs $716 billion from Medicare to pay for Obamacare and then leaves the program to go bankrupt. If the administration really valued Medicare, they wouldn’t be proposing to drive it into the ground,” Bredan Buck said in a statement.

An active runner, the health official also took a swipe at Ryan's recent marathon controversy, blasting the Wisconsin congressman for waffling on his run time at a 1990 marathon.

Runner's World magazine found that he had misstated his time by more than an hour. Ryan originally said in an interview that he ran the 26.2 mile race under an impressively fast time of three hours, but in fact he finished in just over four hours.

Ryan admitted his mistake in a radio interview Monday night, attributing the blunder on a back injury and the passage of time.

"I literally thought that was my time. It was 22 years ago," he said on WTOL. You forget sort of these things. I hurt my back when I was in my mid twenties, so obviously my perception of races and times were off.

Sebelius on Tuesday took the opportunity to roast the congressman, who's known as an exercise junkie, over the dust-up.

"I must confess, I do not do an under-3 hour marathon," Sebelius joked. "Anyone who starts with the notion that you have to make up your marathon time tells you all you need to know about Paul Ryan."