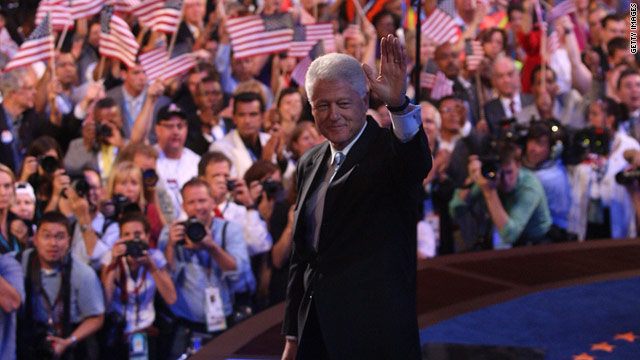 (CNN) - Former President Bill Clinton will lay out a sharp contrast between President Barack Obama's vision for the country and that of GOP challenger Mitt Romney, according to excerpts of his remarks obatined by CNN Senior Congressional Correspondent Dana Bash.

"In Tampa the Republican argument against the President's re-election was pretty simple: We left him a total mess, he hasn't finished cleaning it up yet, so fire him and put us back in," Clinton will say, according to the excerpts. "I like the argument for President Obama's re-election a lot better. He inherited a deeply damaged economy, put a floor under the crash, began the long hard road to recovery, and laid the foundation for a more modern, more well-balanced economy that will produce millions of good new jobs, vibrant new businesses, and lots of new wealth for the innovators."

"The most important question is, what kind of country do you want to live in?" he is expected to ask. "If you want a you're-on-your-own, winner-take-all society, you should support the Republican ticket. If you want a country of shared prosperity and shared responsibility - a we're-all-in-this-together society - you should vote for Barack Obama and Joe Biden.‬ "