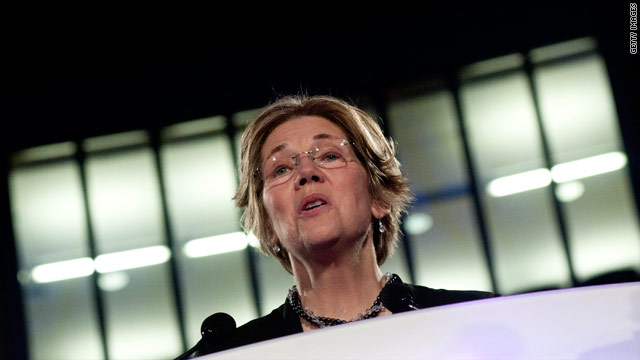 In addition, the Progressive Change Campaign Committee (PCCC) also tells CNN that they've received more than 50,000 grassroots donations that will be directed to Warren's campaign, with the average donation being $16.

The PCCC launched a "Draft Warren" campaign in July of last year, raising over $100,000 even before Warren announced her bid for the Senate.

Before launching her campaign for the Senate last September, Warren was best known as a top adviser to President Barack Obama where she was integral to the formation of the Consumer Financial Protection Bureau, an agency created as part of the 2010 financial reform law.

Warren has brought in more than $28 million since announcing her bid, out-raising Brown. The most recent polls indicate a close race between Warren and Brown, who scored an upset victory in a January 2010 special election to fill the final two and a half years of the term of the late Democratic Sen. Ted Kennedy.