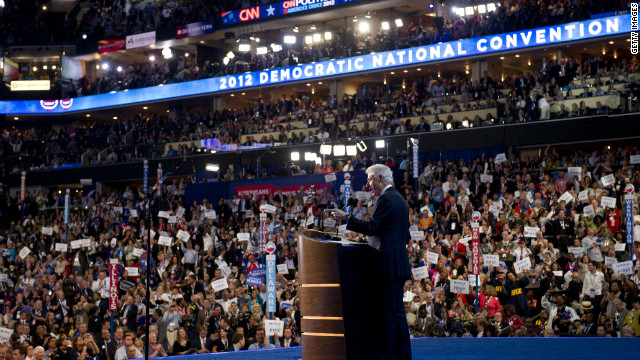 Clinton worked on speech for 'weeks and weeks,' McAuliffe says

"He really took it on himself and said, 'It's my responsibility to lay out the case for what President Obama has done,'" McAuliffe said.

Asked if Clinton is frustrated with the administration's seeming inability to communicate those achievements with similar clarity, McAuliffe said: "He doesn't talk like that."

McAuliffe, an all-but-certain candidate for the Virginia governorship next year, was glad-handing and signing autographs in the streets of Charlotte, the site of this year's Democratic National Convention.

He said Clinton flew to Arkansas on Thursday morning.