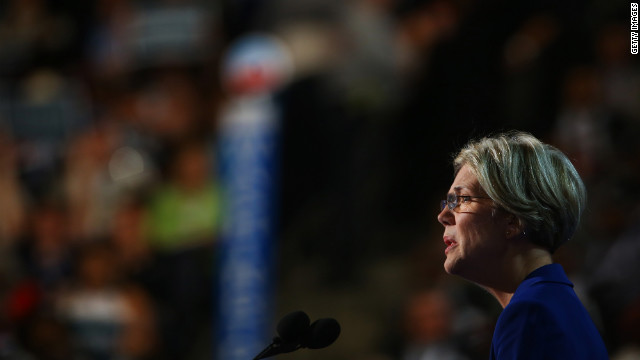 (CNN) - Elizabeth Warren, the White House consumer-protection adviser now running for a U.S. Senate seat from Massachusetts, ripped into the tax plan put out by Mitt Romney, the state's former governor, at the Democratic National Convention on Wednesday night.

"He wants to give tax cuts to millionaires and billionaires," said Warren, a former Harvard law professor who served as the Senate watchdog over the 2008 bank bailout. "But for middle-class families who are hanging on by their fingernails? His plans will hammer them with a new tax hike of up to $2,000."

That's a lot of money to average folks, so let's take a closer look.