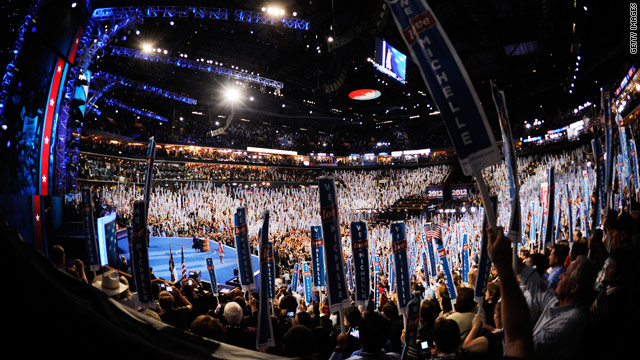 The event was originally scheduled to take place in the Bank of America stadium begining at 4 p.m. ET, but convention organizers moved it indoors due to bad weather forecasts.

In the night's final program, Vice President Joe Biden will open up for President Barack Obama at the Time Warner Cable arena where the first two nights of the convention were held.