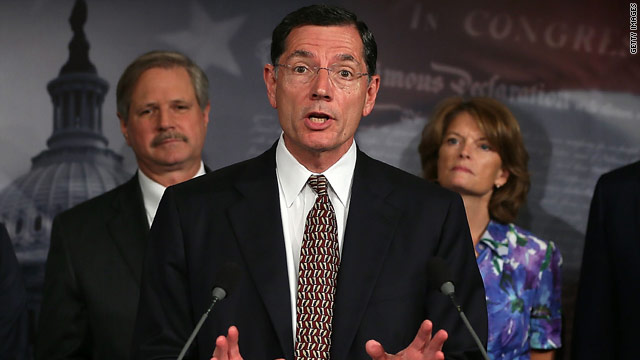 (CNN) - In the wake of the Democratic and Republican conventions, Sen. John Barrasso of Wyoming said in the GOP weekly address that "it's time for rhetoric to meet reality," which is that Americans are not better off under President Barack Obama's tenure.

"President Obama says he deserves a grade of 'incomplete' on his handling of the economy," he said. "But people only ask for an incomplete when they know they're failing."

The Wyoming Republican said Obama was out of touch with business owners in his state.

"The President does not seem to appreciate or value the private sector," he said.

The theme has been central to Republican presidential nominee Mitt Romney's argument, which he made on the campaign trail, such as a stop in Orange City, Iowa on Friday.

"If President Obama were re-elected, we would have four more years of the last four years," Romney said, arguing that Obama's policies would "not make America stronger."

Romney was to be on the campaign trail on Saturday in Virginia.