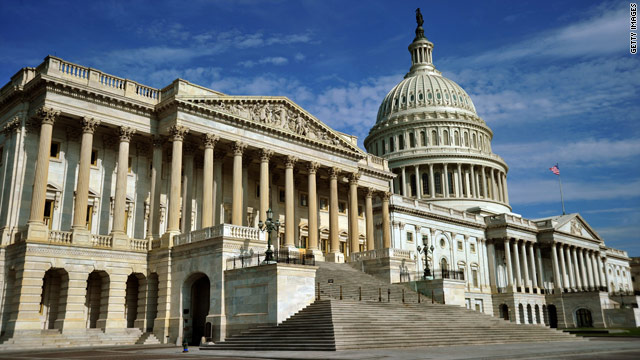 (CNN) - Senate Democrats made a fresh push Tuesday for House Republicans to take up and pass a long-term farm bill that includes relief for farmers suffering from one of the worst droughts in decades.

But it appeared House Republican leaders would be unwilling to consider anything more than an extension of the current law, which expires at the end of September.

"The House leadership, for whatever reason, has decided that they're not going to bring this on the floor," Sen. Debbie Stabenow, D-Michigan, who chairs the Agriculture Committee, complained to reporters on a conference call.

House GOP leaders haven't taken up the bill because conservatives in their caucus oppose various aspects of the measure, including the amount spent on federal nutrition programs such as food stamps, which make up the bulk of the bill's price tag.

Conservatives want to wait until after the election – in which they hope to win control of the Senate and the White House and be in a better position to tailor the bill to their liking.

Top Senate Republican leaders backed the idea of a short-term extension if the Senate's five-year bill can't get through the House.

"I represent a state in which agriculture is important," said Sen. Mitch McConnell of Kentucky, Senate Republican Leader. "I don't believe that we ought to let the current farm bill expire if we're unable to at this point to pass a replacement."

South Dakota's John Thune, the third-ranking Senate Republican, supports the five-year bill that passed the Senate but he wants an extension of the current law because "we need to have some policy in place" if the law current lapses.

With lawmakers likely to leave Washington in the next two weeks to go home to campaign for re-election, Thune said the short-term measure would provide "some drought assistance to people who have been impacted by the drought this year."

A coalition of major farm organizations plans to rally Wednesday on Capitol Hill to urge Congress to reject a short-term bill and press forward with negotiations on a five-year bill.

Stabenow urged the House to listen to the groups and pass such a bill that could then be merged with the Senate-passed legislation.

"We have a Farm Bill Now rally that I believe 40 different groups are sponsoring tomorrow to send the message that we need a farm bill now and that the House should take the precious few days that they have in session and act."