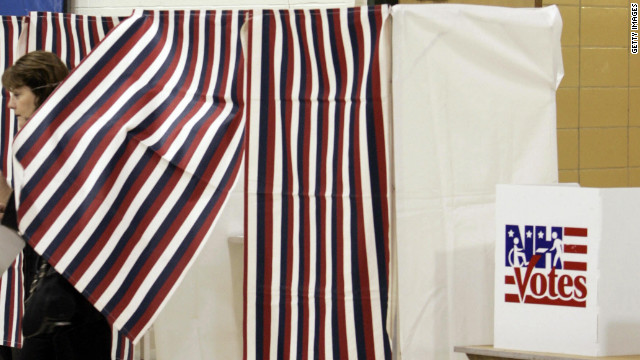 (CNN) – Voters in New Hampshire will nominate candidates for governor and U.S. Congress Tuesday in one of the last primary elections of the 2012 campaign cycle.

The sitting governor, Democrat John Lynch, is not running after serving in Concord for eight years. The leading candidates to replace him on the Democratic side are Maggie Hassan, an Exeter-based lawyer, and Jackie Cilley, a professor who lives in Barrington. The two Republicans with the best shot of securing the nomination are Ovide Lamontagne, a businessman in Manchester, and Kevin Smith, a consultant from Litchfield.

Lamontagne enjoys high name recognition in New Hampshire for his prominent role in New Hampshire's GOP presidential primary. He's a founder of the Granite Oath PAC and hosted house parties for Republican presidential candidates in the lead-up to the state's first-in-the-nation primaries in January.

Lamontagne ran unsuccessfully as the Republican gubernatorial nominee in New Hampshire in 1996, and competed against then-Attorney General Kelly Ayotte for the 2010 GOP U.S. Senate nomination. Ayotte eventually defeated Lamontagne in the primary and went on to win the general election.

Smith, who served as a state legislator before running a conservative think tank, hopes his staunch right-wing positions along with his relative youth – he's 35 – will propel him past Lamontagne's higher level of familiarity among Granite State Republicans.

On the Democratic side, Hassan and Cilley are engaged in a tight race that may be determined by Cilley's decision not to sign "The Pledge," a traditional oath by New Hampshire politicians to veto a statewide personal income tax and sales tax. Hassan, along with the Republican candidates, has signed the pledge.

"[Pledges] make decisions in advance of even being able to diagnose a problem fully," Cilley told the Nashua Telegraph. "They are not leadership, and they don't allow for governing."

Hassan, who previously served as the majority leader of the New Hampshire Senate, took the pledge by saying New Hampshire's economy was already structured around not having an income or sales tax, and that other methods of revenue would be sufficient in meeting the state's needs.

Lynch, a moderate Democrat who enjoyed high approval ratings throughout his eight years as governor, announced last September he would not seek a fifth two-year term as governor, saying it was time for new leadership in the Granite State. New Hampshire does not have term limits for its governors.

"I feel like I have the passion and the energy to keep doing this work for a long, long time," Lynch said, according to the Concord Monitor. "But democracy demands periodic change. To refresh and revive itself, democracy needs new leaders and new ideas."