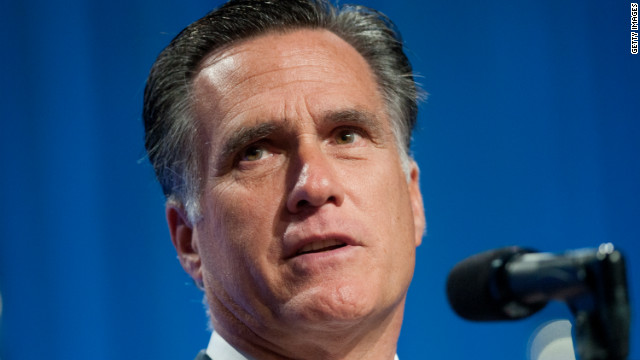 (CNN) - Mitt Romney blasted the Obama administration on Wednesday for a statement he said was made by the U.S. Embassy in Egypt after its security was breached, calling it "akin to an apology" that was "disgraceful" and adding that the president assumes responsibility for all communications from U.S. diplomats.

Romney, during a press conference in Florida, called the killing of the U.S. ambassador to Libya and three other embassy personnel "outrageous" and "disgusting," and said "America will not tolerate attacks against our citizens and against our embassies."