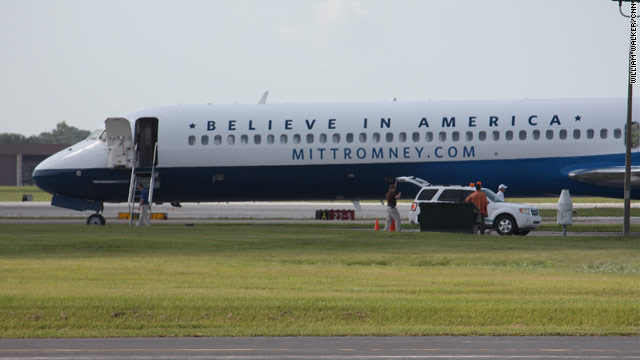 Romney offers ride on ‘Hair Force One’ as donor prize

(CNN) -Mitt Romney's campaign announced Thursday that they're giving select supporters a chance to fly with the Republican presidential nominee on the candidate's charter plane dubbed "Hair Force One" by Ann Romney.

In an email to supporters, Romney told contributors that two lucky donors would get chance to join him on his campaign plane for a day. The campaign does not specify exactly when the donors would be chosen or get to fly with the candidate.

"I don't know exactly what our itinerary will be, but if you're one of the winners - I can tell you it will be exciting," said Romney in the email. "And, who knows, maybe you and I will come up with a better name for the campaign plane."

CNN's Dana Davidsen and Rachel Streitfeld contributed to this report.