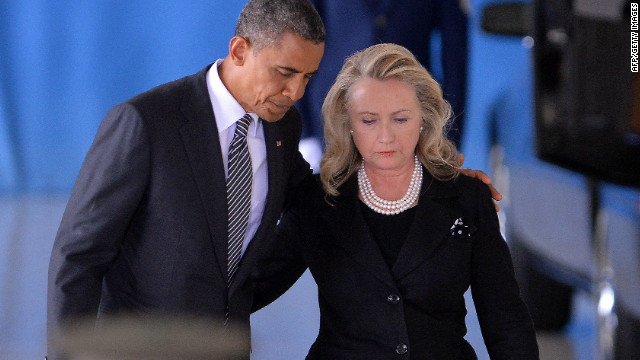 TRAIL TRIVIA
(Answer below)
Who is Leon Czolgosz and why was he important on this day in history?

On Fridays we like to reach out to learn from our readers and dip into our Rolodex of professionals to learn from their expertise. Today, we explore the tug of war between free speech and hate speech in the YouTube age.

“I start with the feeling that in dealing with free speech, we have set up a series of categories where there are different attitudes toward free speech and one of the interesting categories that is defined in modern ways is religion. In modernization, secularization and so on, we have tended to view religion as a private, personal, individual thing- the individual can do anything in terms of religion.

“And yet there are other categories where we don’t recognize individual expression. One of those is pornography – but sex Is a personal thing.

“I tend to think this kind of dimension has to enter into what we can say about religion. In particular we have gone thru these type of things with hate … as sometimes as being dangerous in the same way that showing child pornography creates dangerous situations for children.

“I view this movie in much the same kind of way. … We have some kind of responsibility. We should be very, very careful to opening the door to encouraging the nut cases.”

“The concept of hate speech changes with time and with the size of the audience. The change is not always in the same direction, the smaller the audience, generally the easier it is to decide what is hate speech. …

“Similarly if you are wiring for just one culture, it is easy to identify what is hateful speech. But if you are communicating with the world, which is what you do whenever you go on the Internet, the potential for engaging in hate speech increases exponentially. But simultaneously, the likelihood that you will suffer any consequences diminishes exponentially.

“If you have a world portal, which is what YouTube is, there is virtually nothing you can say that will not offend someone on planet Earth. Only the most mundane acts of communication would be fine. In some parts of the world, if I say ‘everyone woman is equal to every man,’ that is heresy. …

“For YouTube in this case, the pragmatic response is to take it down wherever it is causing the harmful effects. The reality is that if you don't take it down everywhere, you haven’t taken it down anywhere. Once this cat is out of the bag, you can’t put it back.

“User-generated content (UGC) websites can establish their own ‘acceptable content’ policies however they see fit. Indeed, Congress has legally insulated websites for defining and enforcing their own content standards. See 47 USC 230(c)(2). …

“My bigger concern is that YouTube is selectively blocking the content based on the viewer's geography. I understand why YouTube does this (to avoid a site-wide blockage in the country) but it reminds us of the Internet's fragility. The Internet could be a ‘global’ medium from a technological perspective, but we are artificially imposing geographic borders nevertheless, and the imposition of geographic borders onto a borderless network devolves the Internet into a group of similar–but still different–"Internets." Worse, geography-based content blocks are trivially easy to avoid.”

Leading CNNPolitics: Battleground polls: Is Romney's path to the White House now more difficult?
One week past the conventions, a flood of polls have been released in crucial battleground states in the race for the White House. And some of them paint a picture that looks more favorable to President Barack Obama than to Republican nominee Mitt Romney. The polls do have some things in common. They're all of the smaller pool of likely voters and all were conducted after the close of last week's Democratic National Convention in Charlotte, North Carolina. – Paul Steinhauser

Leading Drudge: 'Full-Blown Crisis'
The State Department has gone into full-blown crisis mode, organizing a round-the-clock effort to coordinate the U.S. government's response to the expanding attacks on U.S. embassies in the Middle East and North Africa. – Josh Rogin

Leading HuffPo: What The Hell Do I Mean? Mitt To Making Sense: Drop Dead
In an interview with ABC News Thursday evening, Republican presidential nominee Mitt Romney suggested that, after all was said and done, the Obama administration concluded that his criticism of their handling of yesterday's embassy attacks was valid. “What I said was exactly the same conclusion the White House reached, which was that the statement was inappropriate. That’s why they backed away from it as well,” Romney told George Stephanopoulos. – Sam Stein

Leading Politico: Obama II: Team of insiders
Obama has put little personal time into sketching out what a second-term team would look like, and some decisions hinge very much on the outcome of the congressional elections. But behind the scenes, top officials are doing a lot of the sketching for him as a flood of top administration players — Hillary Clinton, Tim Geithner, David Plouffe and others — are planning quick exits, even if the boss wins. – Mike Allen Jim Vandehei

Leading The New York Times: Fossil Fuel Industry Ads Dominate TV Campaign
When Barack Obama first ran for president, being green was so popular that oil companies like Chevron were boasting about their commitment to renewable energy, and his Republican opponent, John McCain, supported action on global warming. – Eric Lipton and Clifford Krauss

- Sports analogies galore -
REP. PAUL RYAN IN A SPEECH AT THE VALUES VOTER SUMMIT IN WASHINGTON, D.C.: “Lately, the president has also been trying out sports comparisons. He compares the fourth year of his term to the fourth quarter of a basketball game. You can expect more of this, because if there's one thing that the man can do, it's talk a good game. Only problem is the clock is running out and he still hasn't put any points on the board.”

- Bloomberg defends soda ban, cites economics -
NEW YORK MAYOR MICHAEL BLOOMBERG AT AN EVENT IN NEW YORK CITY: “The trends are alarming. The number of people that are dying from the affects of being overweight, diabetes and cancer and heart disease and joint problems, it's going to bankrupt the country. We estimate the costs to treat obesity in New York City currently is $4 billion for the city and roughly $150 billion for the country.”

On this day in 1901, President William McKinley died from wounds sustained when he was shot by Leon Czolgosz at the Pan-American Exposition in Buffalo, New York.

McKinley survived more than a week after being shot in the abdomen twice by Czolgosz on September 6, 2012. The shooting occurred when McKinley was standing in a receiving line at the exposition. According to historic accounts of the assassination, Czolgosz stood in line with a revolver in his pocket. Once he reached the front of the line, McKinley extended his hand, Czolgosz slapped it away and then shot McKinley twice.

The crowd around the president immediately began to beat Czolgosz. According to reports, McKinley said, “Go easy on him boys. He could not have known.”

Czolgosz was executed on October 29, 1901. His last words, “I killed the President because he was the enemy of the good people – the good working people. I am not sorry for my crime.”

Of course Jonathan Gormley (@JonathanGormley) would be the first to correctly answer the question that had to do with someone from Ohio. Have a good weekend, everyone.