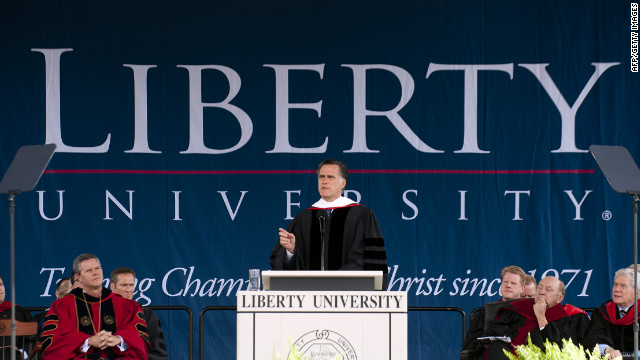 Washington (CNN) - At campaign events these days, Mitt Romney often says that if he is elected president, he will emphasize the role of God in American society and will not “take God out of the public square.”

That kind of rhetoric is a departure from earlier less God-focused versions of the Republican candidate’s stump speech and his early apprehension with discussing his Mormon faith.