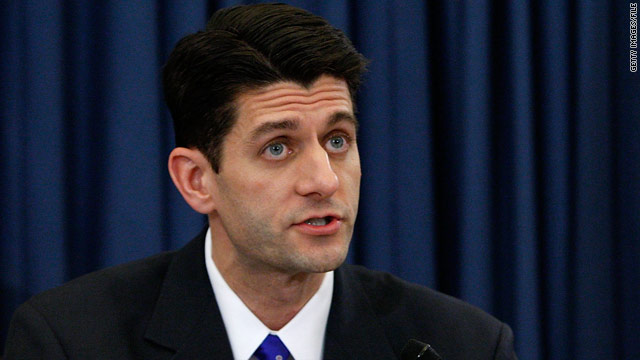 Ryan vouches for Romney's character in speech to conservatives

Washington (CNN) - Beneath his stiff and sometimes impersonable exterior, Mitt Romney has a heart of gold.

That's according to the testimonial Paul Ryan delivered on Romney's behalf Friday at the Values Voter Summit in Washington, an annual gathering of social conservatives and faith leaders organized by the Family Research Council.

"I'm not the only one who has told Mitt that maybe he needs to talk more about himself and his life," Ryan said, acknowledging a recurring complaint among Republicans that Romney does a poor job of highlighting his personal side. "It wouldn't hurt if voters knew more of those little things that reveal a man's heart and his character."

Ryan spoke about the time Romney suspended operations at Bain Capital in 1996 to marshal support for a search and rescue operation for the missing daughter of an employee.

Romney is "one of those guys who doesn't just exhort and oversee good works, but shows up and does the work," Ryan said.

"Mitt Romney is the type we've all run into in our own communities, the man who's there right away when there's need, but never first in line when praise and credit are being handed out," he said. "He's a modest man with a charitable heart, a doer and a promise-keeper."

"He's the kind of person every community could use more of, and he'll be the kind of president who brings out the best in our country."

The remarks came at the conclusion of an otherwise pointed speech that criticized a litany of President Obama's actions over the last four years.