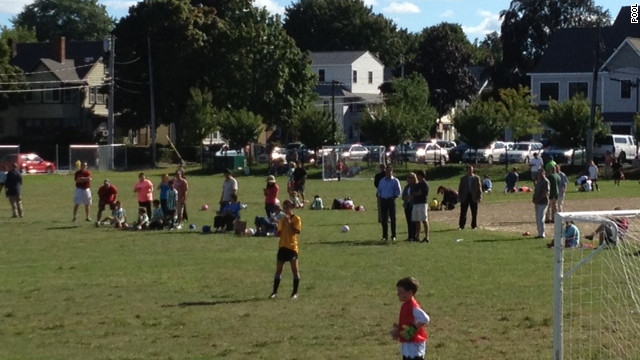 (CNN) - Republican presidential candidate Mitt Romney attended the soccer game of one of his grandsons on Saturday afternoon in Belmont, Massachusetts.

Romney was joined by his wife, Ann, and one of his sons, Tagg.

Reporters covering the public appearance said Romney shook hands with several of the kids, posed for a photo with the team, and chatted with other adults at the Beech Street Center in Belmont, where the game was played on an outdoor field.