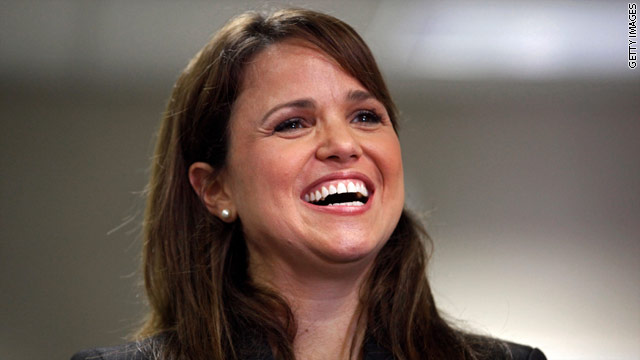 "I think I owe that to my supporters, to at least consider a run," O'Donnell told Delaware Online. "People sacrificed. Not only came out of their comfort zone – sacrificed to work hard in order to win the primary. And I think that I owe it to them to give it every consideration."
END_OF_DOCUMENT_TOKEN_TO_BE_REPLACED

(CNN) - Mitt Romney's campaign said Sunday they were calling off a planned rally in Pueblo, Colorado, as not to hinder the investigation into a small plane crash at an airport there.

"Due to a plane crash involving a small aircraft at the Pueblo airport that is under investigation we are no longer going to Pueblo,” campaign spokesman Rick Gorka told reporters traveling with Romney. “We do not want to interfere with the investigation or any emergency response efforts."
END_OF_DOCUMENT_TOKEN_TO_BE_REPLACED

The 2008 Republican presidential candidate claimed the so-called "reset" strategy toward the region that was part of Obama's 2008 campaign has proven ineffective and dangerous.
END_OF_DOCUMENT_TOKEN_TO_BE_REPLACED 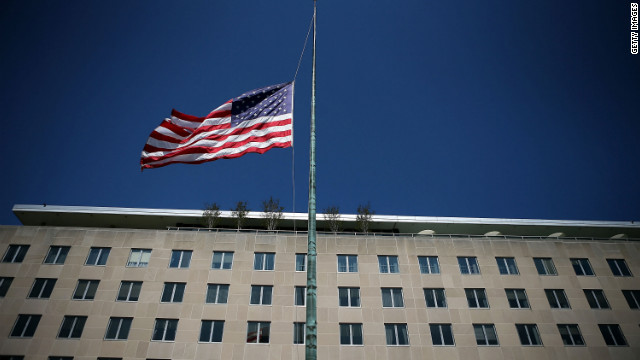 An American flag flies at half staff outside the State Department in Washington on Wednesday, September 12, a day after U.S. ambassador to Libya J. Christopher Stevens and three other embassy employees were killed when the consulate in Benghazi was attacked.
September 16th, 2012
10:22 AM ET

Photos: This week in politics: September 7 – 13

(CNN) - This week saw foreign policy take a more prominent role in the 2012 presidential election. For a survey of photos from this week in politics, click below.

(CNN) – Mitt Romney's pick of Rep. Paul Ryan as his running mate will give Democrats a better shot at retaking control of the House of Representatives, Rep. Nancy Pelosi, the House minority leader, said in an interview airing Sunday.

Pelosi, a Democrat, said Ryan's plan to overhaul Medicare was a nonstarter among senior citizens, meaning Democrats are better poised to assume the majority in the lower chamber.
END_OF_DOCUMENT_TOKEN_TO_BE_REPLACED

On 'red lines,' Obama and Romney appear in agreement

Washington (CNN) - Israeli Prime Minister Benjamin Netanyahu said in an interview aired Sunday that the upcoming U.S. presidential election should not influence the debate over how and when to stop Iran's nuclear ambitions, a contentious issue that remains a sticking point between the Israeli leader and President Barack Obama.

Yet in recent interviews, Obama and his Republican challenger Mitt Romney have stated largely similar stances on the issue of setting clear "red line" boundaries for Iran as it advances its nuclear program, which leaders in Tehran maintain is for peaceful purposes.
END_OF_DOCUMENT_TOKEN_TO_BE_REPLACED

Netanyahu: People 'are trying to draw me into the American election'

(CNN) - Israeli Prime Minister Benjamin Netanyahu warned Sunday that the United States must establish a clear "red line" that Tehran cannot cross with its nuclear program, if it wants to avoid war.

"I think the issue is how to prevent Iran from completing its nuclear weapons program. They're moving very rapidly to completing the enrichment of the uranium that they need to produce a nuclear bomb. In six months or so, they will be 90 percent of the way there," Netanyahu said on CNN's "State of the Union."

(CNN) - Mitt Romney is on the trail Sunday for an event in Colorado. The rest of the field - President Barack Obama, Vice President Joe Biden, and GOP vice presidential candidate Paul Ryan - are all taking a day off from campaigning. Biden's wife, second lady Jill Biden, holds a campaign event in Pennsylvania.

See the full schedule after the jump.
END_OF_DOCUMENT_TOKEN_TO_BE_REPLACED