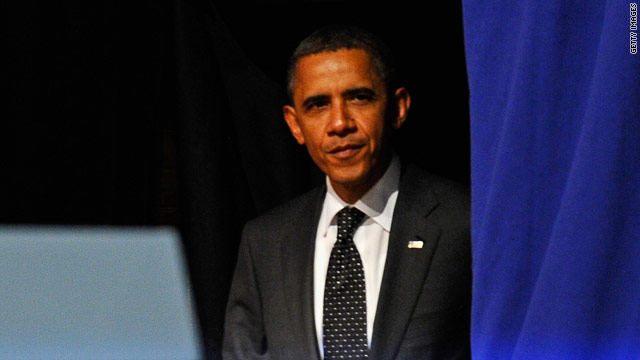 Excerpts: Obama to talk trade enforcement against China in Ohio

(CNN) – President Barack Obama, in a speech to grassroots supporters in Cincinnati, Ohio, Monday, will "talk about the U.S. Trade Representative's new trade enforcement case against China, and how it is part of the Administration's larger efforts to hold China accountable, stand up for American workers, and level the playing field for our manufacturers and businesses," according to a release from his campaign.

Read excerpts of the president's speech after the jump:

"Now, I understand my opponent has been running around Ohio claiming he's going to roll up his sleeves and take the fight to China. But here's the thing: his experience has been owning companies that were called 'pioneers' in the business of outsourcing jobs to countries like China. Pioneers! Ohio, you can't stand up to China when all you've done is send them our jobs.

"You can talk a good game, or you can play one – and my experience has been waking up every single day doing everything I can to give American workers a fair shot in the global economy. When other countries don't play by the rules, we've done something about it. We've brought more trade cases against China in one term than the previous administration did in two – and we've won. When Governor Romney said stopping an unfair surge in Chinese tires would be bad for our workers, we did it anyway – and we got over 1,000 Americans back to work.

"Earlier this year, I set up a new task force to aggressively go after unfair trade practices that harm our workers – and it's already delivering. Two months ago, we moved to hold China accountable for unfair trade practices that harm American automakers. And today, my Administration is launching new action against China – this one against illegal subsidies that encourage companies to ship auto parts manufacturing jobs overseas. Those subsidies directly harm working men and women on the assembly line in Ohio and Michigan and across the Midwest. It's not right; it's against the rules; and we will not let it stand. American workers build better products than anyone. 'Made in America' means something. And when the playing field is level, America will always win."