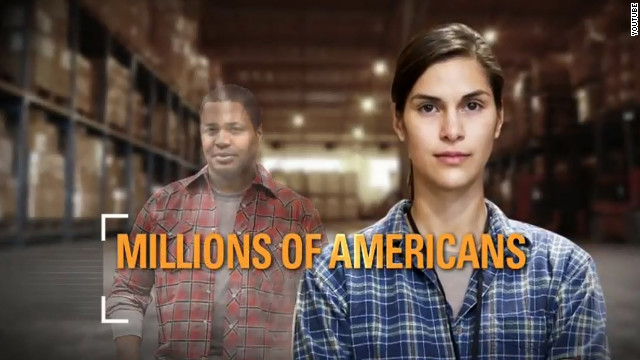 Restore Our Future confirmed it is buying $2.2 million worth of ad time for a week in both Wisconsin and Michigan, a state which has not received recent attention from either campaign or independent committees supporting them.

The group is using the lagging economic recovery in the spot running in both states.

It goes on to use a television news clip calling the nation's recovery "the worst...America has ever had."

"Especially in states like Michigan and Wisconsin that have borne the brunt of Obama's failed economic policies, voters are looking to change the country's leadership and Mitt Romney's message of fiscal discipline and his background as a job creator is something that truly resonates with taxpayers and American workers," Restore Our Future's Treasurer Charlie Spies said in a statement.

For July, the latest figures available, Wisconsin's unemployment rate was 7.3% (up .3% since June) but still below the national average of 8.3%. Michigan stayed above that mark at 9.0% - up four tenths of a point from the previous month.

Restore's buy comes after both presidential campaigns last week invested in Wisconsin, and both Vice President Joe Biden and GOP vice presidential nominee Paul Ryan, who represents Wisconsin in the House, visited the state this week. In its electoral map, CNN rates the state as a toss-up.

Michigan is rated as "lean Obama" on CNN's electoral map. Romney was born in the state, and his father served as governor of Michigan.

This is the first buy for Restore Our Future since before the Republican convention last month.