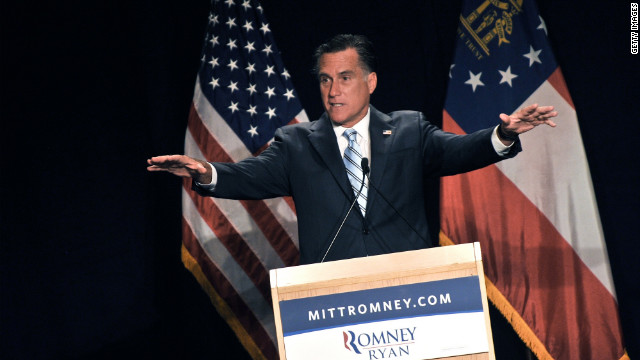 Atlanta (CNN) - Mitt Romney fought back Wednesday after two of the most difficult days of his campaign, and argued Wednesday "I can" do more for the poor and middle class than President Obama.

In a speech to donors in Atlanta the GOP presidential nominee seemed to address concerns he had written off some voters during a May fund-raiser, when he said 47% of voters are dependent on government and unlikely to support his campaign.

Since that leaked video broke Monday, Romney has stood by his remarks but called them "not elegantly stated."

On Wednesday Romney took a new tack, setting up a comparison between himself and President Obama.

The Republican candidate renewed his criticism of the president over another opposition-leaked video, this time of Obama. The 1998 tape shows the then-state senator endorsing "redistribution."

"I know there are some who believe that if you simply take from some and give to others then we'll all be better off. It's known as redistribution. It's never been a characteristic of America," Romney said. "There's a tape that came out just a couple of days ago where the president said yes he believes in redistribution. I don't."

Romney has continued a fund-raising heavy schedule this week, with donor events in California, Utah, Texas and Georgia. He will address voters in a public campaign event in Florida Wednesday evening.