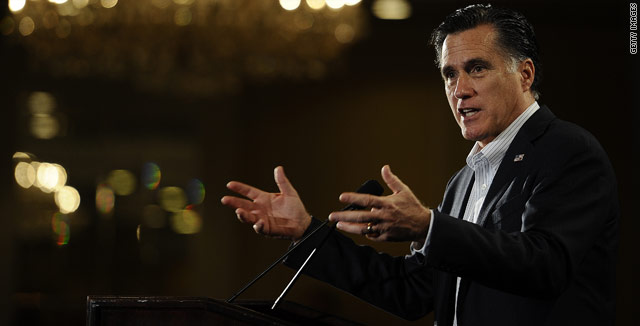 According to Facebook data provided to CNN, Mitt Romney’s remarks that some 47% of voters would not support him because of their government dependence ranked a 5.1 on the Facebook “Talk Meter” scale on Monday, which assigns a number to a person or event's magnitude on a 1-10 scale.

The comment seems to have resonated the most with men over the age of 35. Women between ages 55-64 were also buzzing about this, the data showed.

On Monday, secretly recorded clips of Romney speaking at a campaign fund-raiser were posted to the website of left-leaning magazine Mother Jones, including a clip of Romney characterizing Obama supporters as dependent on government support systems.

The Facebook data isn’t scientific and doesn’t measure sentiment, but provide a glimpse into which topics are gaining the most steam among Facebook's 160 million U.S. users.

For more raw data on who is discussing the candidates on Facebook, check out the Facebook CNN Election Insights tool at www.cnn.com/fbinsights.