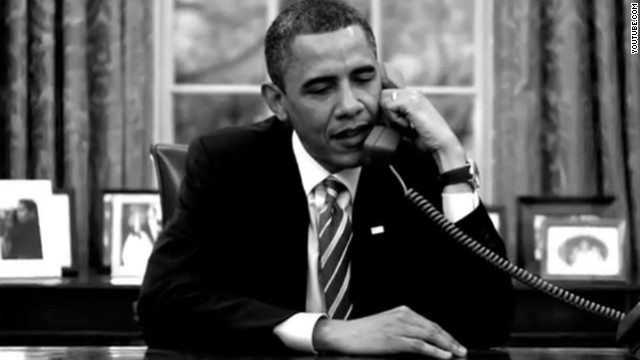 "If he cannot lead his own party, how can he lead America?" the ad asks.

The book, "The Price of Politics" by noted author and reporter Bob Woodward, cited in the spot delves into the 2011 wrangling over a deal to increase the national debt limit, averting a federal government shutdown and loan default.

The showdown led to the so-called "super committee" and, with that group's failure to reach a solution, the sequestration, which is just months away.

"As President Obama spoke, Nancy Pelosi hit the mute button, went on with their meeting, ignoring the president, not even listening to what he had to say," the narrator says.

Pelosi, however, took issue with the characterization of the phone call in a statement responding to the ad.

"As Speaker and as Democratic Leader, any call from the President would (be) treated with great formality and respect. There was absolutely no situation in which either President Bush or President Obama were cut off from speaking. I respect the office of the President and the office of the Speaker, including the historic nature of any communication between these two offices," Pelosi said. "Clearly, this ad is an act of desperation."

Although the White House has not previously commented on that particular episode, Press Secretary Jay Carney did speak earlier this month about Obama's cross-party dealings.

"The president's leadership on that was, from my perspective, significant," Carney said.

Romney's campaign did not say where it made the ad buy, nor how much it cost.