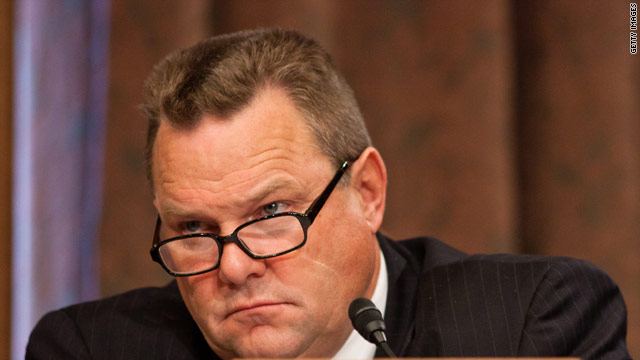 (CNN) - A new survey indicates that Sen. Jon Tester of Montana has his work cut out for him as he fights for re-election.

According to a Mason-Dixon poll conducted for five Montana newspapers, Rep. Denny Rehberg, the Republican challenger, has a 48%-45% edge over the first-term Democratic senator. Rehberg's three-point margin is within the poll's sampling error.

The poll indicates that Rehberg holds a nine-point 47%-38% advantage among self-identified independent voters. And the survey suggests a gender gap, with Rehberg leading by 14-points among men and Tester ahead by 13-points among women.

The Mason-Dixon poll was conducted Sept. 17-19, with 625 likely voters questioned by telephone. The survey's sampling error is plus or minus four percentage points.