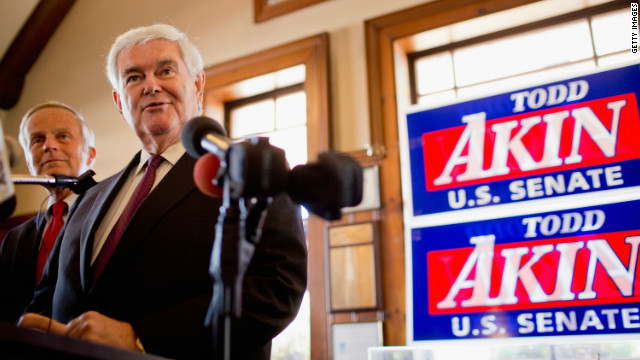 Akin passes on last chance to drop out, Republicans write off Senate seat

Washington (CNN) - Instead giving in to fellow Republicans desperate for him to drop out of the Missouri Senate race, a defiant Todd Akin gathered conservative supporters and launched a campaign bus tour.

"I have one purpose going into November and that's replacing [Democratic Senator] Claire McCaskill," the congressman said to an applauding crowd in St. Louis on Tuesday, the last day state law permitted him to remove his name from the ballot.