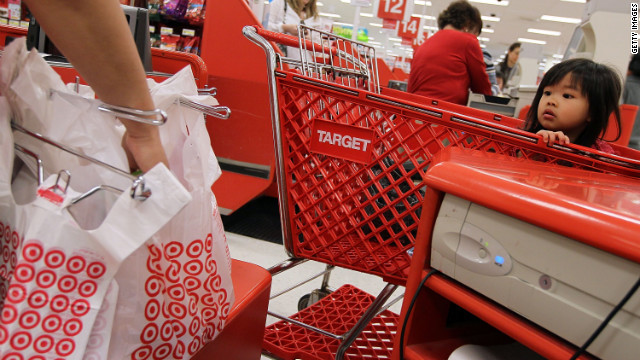 ARE YOU READY FOR SOME FOOTBALL? REPLACEMENT REF DEBACLE GETS POLITICAL … After two blown calls snatched a victory from the Green Bay Packers, the fiasco with the National Football League and the replacement officials standing in for locked-out NFL regulars has begun to make its way into politics.

On Twitter:
Barack Obama (@BarackObama)
NFL fans on both sides of the aisle hope the refs' lockout is settled soon. –bo

On the trail:
- Ryan compares NFL ref debacle to Obama administration -
REP. PAUL RYAN IN A CAMPAIGN SPEECH IN CINCINNATI: “I got to start off on something that was really troubling that occurred last night. Did you guys watch that Packers game last night? I mean, give me a break. It is time to get the real refs. And you know what it reminds me of - President Obama and the economy. If you can’t get it right, it’s time to get out. I have to think that these refs work part time for the Obama administration in the budget office. They see the national debt clock staring them in the face, they see a debt crisis and they just ignore and pretend it didn’t even happen. They’re trying to pick the winners and losers, and they don’t even do that very well.”

On the tarmac:
Obama arriving back at the White House, as detailed by the press pool report: “ABC's Devon Dwyer shouted out a question about the ref's call in last night's Packers-Seahawks football game, but Obama couldn't hear over the helicopter. Dwyer shouted again, “Packers,” and that word alone was enough to make Obama stop to talk to press for a few seconds. "Terrible," he said of the game, and then paused for a second before continuing. "I've been saying for months, we've gotta get our refs back."

TRAIL TRIVIA
(Answer below)
On this day in history, President Grover Cleveland issued a sweeping pardon to what group of people?

“Consumer confidence is a remarkably reliable indicator of where the economy is going, because so much of the U.S. economy is based on decisions taken by the consumer, as opposed to by governments or large businesses,” Ali Velshi, CNN’s chief business correspondent, told Gut Check. “Even if other indicators point to economic weakness (which they don't right now), history proves that, in the case of economic prognostication, the American consumer is always right about where things are going. They can sense a recession AND a recovery long before any economist can. If consumers feel positive about the direction of the economy and, specifically, about job creation, they make decisions to spend, rather than save. In that way, they create demand, which creates jobs, which then creates more demand, fueling the cycle of economic growth.”

Ronald Reagan broke historic trends and won re-election despite high unemployment in part because people saw and felt that the economy was moving in the right direction, which makes the economic statistic that measures how Americans feel about the economy very interesting 42 days out.

Yet, there are two reasons for pause: 1.) Reagan had a better job picture than Obama does. 2.) The consumer confidence index is meant to reflect, not predict behavior.

Velshi explains, “No consumer actually changes their behavior because a consumer confidence report comes out saying they're feeling good. They feel good because they have a job or think they'll get one, or keep theirs and get a raise. THAT generally works well for an incumbent.” Velshi, who usually leaves the political prognostication to others, hastily added, “but if I were that smart, I'd be rich.”

Leading CNNPolitics: Obama speaks to U.N. amid foreign policy criticism from Romney, Ryan
Amid criticism from his Republican opponent that his foreign policy "projects weakness," President Barack Obama confronted Iran and Syria on Tuesday and warned those who killed an American diplomat in Libya that they would be tracked down.

Leading Drudge: Obama Blames 'The Film' For Mideast Violence
In an address to the United Nations General Assembly today, President Barack Obama dedicated several long passages to discussing and condemning what The New York Times has described as a 14-minute "amateurish video" that a 55-year-old Southern California man posted on YouTube in June. Obama also told the United Nations that with modern technology efforts to control the flow of information have become “obsolete.” – Terence P. Jeffrey on CNS News

Leading HuffPo: Even Scott Walker Turns Against The Lockout
Once NFL owners have lost Wisconsin Gov. Scott Walker, a Republican, perhaps it's safe to say they've lost the nation. After Walker's Green Bay Packers suffered a devastating loss on a controversial last-second play Monday night, the governor, whom labor activists consider the most anti-union in the nation, took to Twitter on Tuesday morning to call for an end to the lockout of the league's unionized referees. – Dave Jamieson

Leading Politico: President Obama’s audacity-free campaign
Audacity is so 2008. Barack Obama, reconciling the contradictory realities of Mitt Romney’s hard fall with a race that remains stubbornly inside the margin of error, is running as the kind of careful, poll-watching politician he disdained the first time he ran for president, according to Democratic and Republican observers. – Glenn Thrush and Maggie Haberman

Leading The New York Times: In Arab Spring, Obama Finds a Sharp Test
In many ways, Mr. Obama’s remarks at the State Department two weeks ago — and the ones he will make before the General Assembly on Tuesday morning, when he addresses the anti-American protests — reflected hard lessons the president had learned over almost two years of political turmoil in the Arab world: bold words and support for democratic aspirations are not enough to engender good will in this region, especially not when hampered by America’s own national security interests. – Helene Cooper and Robert Worth

- Romney talks education, stresses leadership and not just spending -
MITT ROMNEY IN REMARKS AT NBC’S EDUCATION NATION: “As I recall, almost 90% of the students there now are reading at grade level, and it's the same students. In my view, this is not a matter of saying where can we send a lot of money? We have proven that sending a lot of money to failed schools to pay the same teachers to do the same things, will not make any difference. The real key is leadership.”

- Obama talks tough on Libya attacks -
PRESIDENT BARACK OBAMA IN A SPEECH TO THE UNITED NATIONS GENERAL ASSEMBLY: “The attacks on our civilians in Benghazi were attacks on America… and there should be no doubt that we will be relentless in tracking down the killers and bringing them to justice.”

- How she keeps such a busy schedule -
CHELSEA CLINTON AT THE CLINTON GLOBAL INITIATIVE EVENT IN NEW YORK CITY: “Much to my parent’s chagrin I don’t yet have children. I see this part of my life as working very hard to get ever smarter and ever more efficient. And I think that my teaching has helped me really understand more how to advocate effectively for things that I believe in.”

- Clinton introduces Romney, stresses bipartisanship -
BILL CLINTON AT THE CLINTON GLOBAL INITIATIVE EVENT IN NEW YORK CITY: “I want to begin by thanking Governor Romney for coming today. I think this is very important, all of you who were there last night know that if we can’t find ways to cooperate over these issues, we can’t find it anywhere. This is really important. … Governor, I thank you for being here the podium is yours.”

- Romney hopes for Clinton bounce -
MITT ROMNEY IN A SPEECH AT THE CLINTON GLOBAL INITIATIVE IN NEW YORK CITY: “Thank you, Mr. President. I appreciate the kind words and your invitation here today. If there’s one thing we’ve learned this election season, it’s that a few words from Bill Clinton can do any man a lot of good. After that introduction, I guess all I have to do is wait a day or two for the bounce.”

- A fight for two houses -
JAY LENO JOKES ABOUT PRESIDENT OBAMA ON HIS LATE NIGHT TALK SHOW: “A woman in Tampa, Florida, who is in danger of being foreclosed on, they're going take her house - put a giant sign on her roof reading, ‘Obama, please save my home.’ To which Obama said, ‘Hey lady, I’m trying not to get thrown out of my own house. OK? Just worry about your house. Just worry about your house.’”

Because of the Church of Jesus Christ of Latter Day Saints’ early acceptance of polygamy (a practice outlawed in the United States), many Mormons were arrested and jailed for condoning and having multiple wives. This was a noteworthy obstacle to Utah’s statehood and, in many ways, slowed the statehood process.

On this day in 1894, as part of the Utah’s statehood process, President Grover Cleveland issued a presidential proclamation that pardoned Mormons who had been convicted of polygamy. This move came just four years after the church decided to no longer condone polygamous marriages.

To secure this proclamation, the church had to promise to abstain from polygamous marriages in the future.

“I am satisfied that the members and adherents of said Church generally abstain from plural marriages and polygamous cohabitation,” wrote Cleveland, “and are now living in obedience to the laws.”

Just a year after this proclamation, Utah’s constitution was approved and several months later, on January 4, 1896, Utah became the 45th state.

Though Steve Liguori (@SteveL3877) was the first person to correctly answer today’s Gut Check Trivia question, we want to give a big shout-out to Mark Grapentine (@mgraps) for a hilariously funny tweet. Yes, Mark, the “replacement refs” do need a presidential pardon.