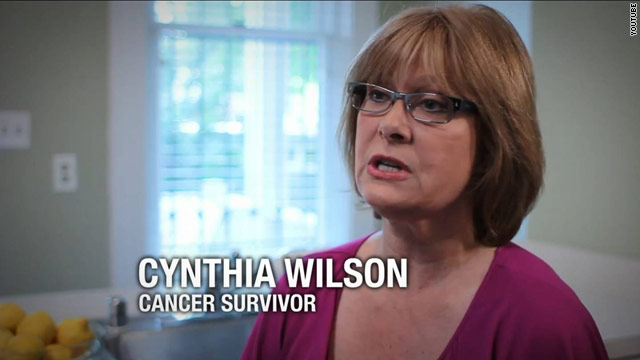 The ad, "Cynthia's Story," features a patient who credits Planned Parenthood with helping her survive a battle with cancer.

"I could feel a lump in my abdomen. I was very scared. Planned Parenthood saved my life with an early diagnosis of cancer," she says in the ad.

Planned Parenthood Votes paired up with the health care organization's private arm, Planned Parenthood Action Fund, to pay for the $3.5 million ad buy announced earlier this month. The groups say the new ad will begin airing in northern Virginia markets on Wednesday and on Ohio airwaves next week.

The spot highlights footage of Romney saying in a March interview that he would "get rid of" of Planned Parenthood among other federal programs he would eliminate to help reduce the deficit.

Romney's campaign has since walked back the remark, saying the candidate meant he would defund, not cut, the program.

"It would not be getting rid of the organization. They have other sources of funding besides government operations, but in order to achieve balance, we have to make some tough decisions about spending," Romney campaign adviser Eric Fehrnstrom said on CNN shortly after the interview.

Planned Parenthood, however, has used the comment to attack Romney in previous ads that aired in several swing states and renewed the attack in its latest spot.

She continues: "We're talking about real lives here. I believe Mitt Romney is out of touch. I think he just does not have any idea how many lives he's devastating."

The ad comes as Romney struggles to narrow the gender gap between him and President Barack Obama, who sees strong support among women compared to the Republican nominee.

Fifty-nine percent of likely voters consider the president to be more in touch with problems faced by women, while 34% feel the same about Romney, according to a CNN/ORC International poll released earlier this month.

Recent polls also revealed Romney behind Obama in the crucial swing state of Virginia, where the ad airs beginning Tuesday. According to CNN's Poll of Polls, which averages three polls of likely voters from the state, Obama has a six point advantage over Romney, 50%-44%.