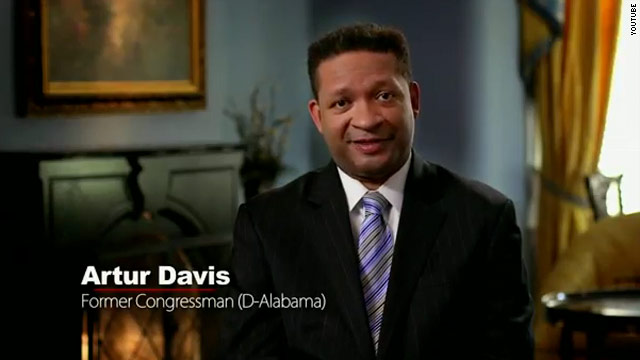 (CNN) - A super PAC that came under fire this year over a controversial ad campaign proposal will begin running its first television ads this presidential cycle on Thursday.

In May, the group made headlines for reportedly considering an ad campaign that would link Obama to fiery comments made by his former pastor, the Rev. Jeremiah A. Wright, Jr.

Then candidate-Obama faced criticism in 2008 when video of Wright's race-related remarks dominated the political news cycle. Obama was forced to distance himself from his former reverend.

The super PAC, backed by billionaire Joe Ricketts, rejected the Wright ad proposal, saying Ricketts neither authored nor funded the proposal and that it was one of "several submitted" to the PAC by third-party vendors.

"It reflects an approach to politics that Mr. Ricketts rejects and it was never a plan to be accepted but only a suggestion for a direction to take," Brian Baker said in a statement.

However, news of the pitch quickly spread and some Republicans disparaged the plan, including Mitt Romney.

"I repudiate that effort. I think it's the wrong course for a PAC or a campaign," Romney told reporters in Jacksonville, Florida at the time.

Now out with its first television ads, the Ending Spending Action Fund takes an approach that focuses on those who have abandoned their support for the president. In the first ad, a 30-second spot, former Rep. Artur Davis of Alabama talks about why he left Obama's column.

"This year I'm casting my vote for someone who can fix the problems facing us. That's Mitt Romney," says Davis, who's been a top surrogate for Romney's campaign.

A separate 60-second ad puts the spotlight on three women who offer their main points of concern with the president.

"I didn't feel he was doing enough to unite the country," says a woman identified as Connie F.

Another woman, Jodi C., adds: "He has failed to address my two most important things, which are debt and divisiveness."

The group says the ads will run nationwide for two weeks on cable, including CNN, and mark the first part of a series of commercials this fall.