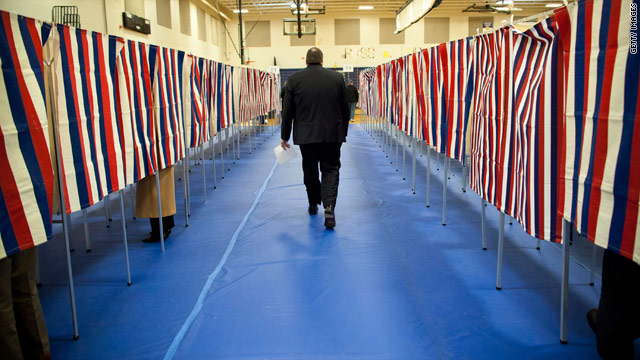 (CNN) - The Republican National Committee said this week it has cut ties with a consulting firm that Florida election officials say may have filed falsified voter registration paperwork.

Palm Beach County, Florida, Supervisor of Elections Susan Bucher told CNN that her office has called into question as many as 106 voter registration applications that were turned in by someone connected to Strategic Allied Consulting. Fred Petti, an attorney for the firm, said the employee involved in the questionable signatures was "fired immediately."

Sean Spicer, communications director for the Republican National Committee, did not say if the consulting group or its leader, Nathan Sproul, had done anything wrong, but said "ensuring integrity of elections is a high priority."

"We have zero tolerance for allegations of impropriety," Spicer said, explaining the committee's decision not to work any more with the firm.

Republicans in the swing states of Colorado, Florida, North Carolina and Virginia have paid Strategic Allied Consulting at least $3 million in recent months for voter registration and get-out-the-vote efforts, although the issues appear to be limited to Florida.

The story was first reported by NBC News.

Petti, Strategic Allied Consulting's attorney in Arizona, said the consulting firm tracked the suspect signatures, which he said led to the single employee who was fired.

The lawyer said he did not know more details, but guessed that the now-fired employee had provided "false signatures" by completing voter registration "applications and (writing in) people's names."

Other Florida counties have been looking into their voter registration cards, the lawyer said, and as many as a couple hundred other signatures may be in question.

Those cases already questioned by the Palm Beach County elections office have been turned over to a local prosecutor, said Bucher.

In 2004, Democratic members of Congress questioned Sproul's election activities in Arizona, Nevada and Oregon. Petti said, though, that Sproul was "falsely accused" and that no charges were ever filed.