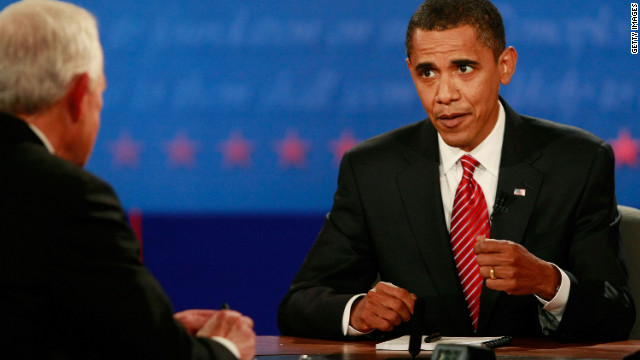 Obama to hit trail after debate

(CNN) - President Barack Obama will hit the campaign trail following the Wednesday presidential debate, stumping in four states rated on the CNN Electoral Map as toss ups, according to schedules released by his campaign and the White House.

On Thursday, Obama will hold an event in the debate host city – Denver - then continue on to Madison, Wisconsin, to meet with supporters, his campaign said.

He will then return to Washington before holding events in Virginia and Ohio on Friday.

His Virginia event will be in Vienna, the White House said, before an event in Cleveland.

Obama's campaign said it was rescheduling a previously announced event in Columbus, Ohio, for the following Tuesday.

His Republican challenger, Mitt Romney, has not yet announced post-debate campaign plans.

Both candidates are in debate preparation mode. Romney is in Massachusetts but plans to travel to Colorado on Monday, while Obama heads to Nevada for debate prep on Sunday.

- CNN's Gregory Wallace and Steve Brusk contributed to this report