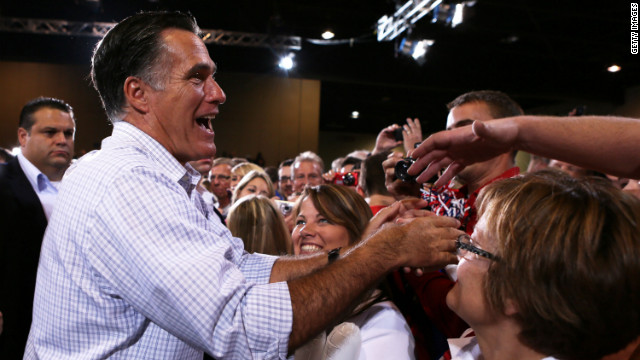 (CNN) - Republican presidential candidate Mitt Romney said Saturday that President Barack Obama is responsible for unrest and chaos in the Middle East, saying the president “doesn’t understand the gravity of the challenges that we face” in the region.

Speaking in his weekly podcast, Romney said that Obama’s 2008 argument for election was that he had the judgment and knowledge of issues to strengthen the economy, improve the country’s moral standing and make the country safer.

“Four years later, every one of these arguments has been proven wrong,” Romney said in his podcast. “His theory that receding American leadership would calm anger against us and win us favor has not only failed, but it’s produced more chaos.”

The GOP presidential candidate cited the recent violence in Libya – which left four Americans, including an ambassador, dead – as evidence Obama “continues to show that he does not grasp the dimensions of what’s occurring and has no strategy to protect and advance our interests.”

Romney criticized Obama over reports the White House recently declined a meeting with Israeli Prime Minister Benjamin Netanyahu, as well as over defense cuts which would result from the sequester set to take effect at the start of the new year. The White House pushed back against those reports and said the two leaders have spoken twice since, most recently on Friday.

Obama’s foreign policy is “passivity and denial,” Romney said, while he would “never abdicate American leadership” and “never apologize for America.”

In his weekly address, Obama spoke on the housing industry, urging Congress to pass mortgage legislation which the White House says would allow an additional 8 million homeowners to refinance at lower rates.

Romney and Obama go head-to-head on Wednesday at the first of three presidential debates.