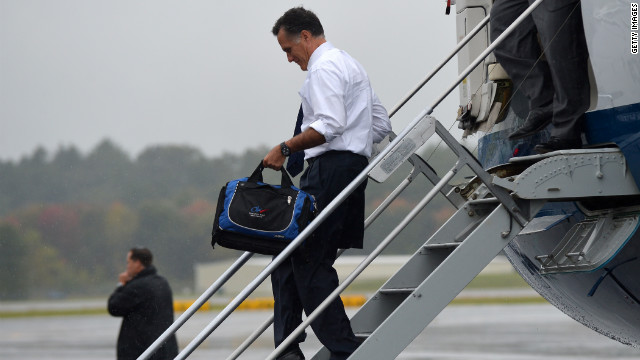 GOP presidential nominee Mitt Romney returned to Massachusetts on Friday, and remained in and near his home on Saturday with no public events.
September 29th, 2012
05:14 PM ET

Romney spends Saturday off the trail in Massachusetts

(CNN) - With 38 days remaining until Election Day, Mitt Romney was off the campaign trail Saturday, but kept himself busy in other ways.

In the afternoon, Romney visited his son Tagg's house for about two and a half hours and spent time playing with his grandkids, Gorka said.

Gorka told reporters traveling with Romney that the candidate was not holding any debate preparation sessions. He and President Barack Obama will face off in their first debate Wednesday.