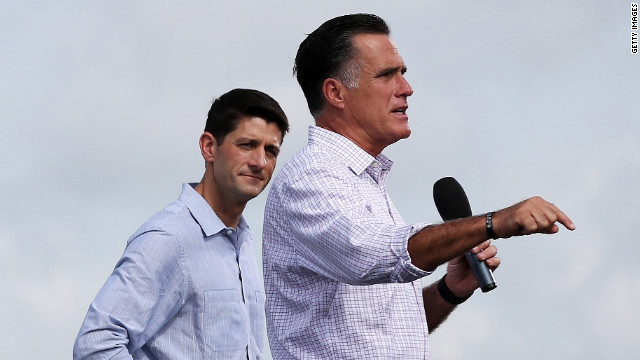 Romney, Ryan to stump together in Virginia after debate

(CNN) – Republican nominee Mitt Romney and running mate Paul Ryan will campaign together in the swing state of Virginia on Thursday, a day after the first presidential debate.

Romney and President Barack Obama will face off Wednesday in Denver, Colorado in the first of three presidential debates.

Virginia has 13 electoral votes and is one of nine states CNN considers a "toss up" in November's election.

A CNN Poll of Polls, which averages four Virginia polls of likely voters conducted over the last two and a half weeks, shows Obama with an advantage over Romney, 49%-45%.