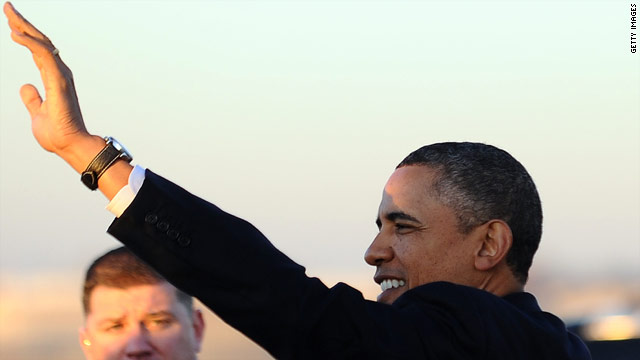 (CNN) - It started as an ecard, became a post on a Obama campaign blog, and eventually became fodder for conservative websites.

It wasn't the average get-out-the-vote banner.

"Vote like your lady parts depend on it," the meme read.

The post appears to have been posted first to the blogging site Tumblr by someone known on the site as Vennstiel on September 25.

When posting it last Tuesday, that user added, "Because they kinda do."

Someone with the Obama campaign "reblogged" it on their official campaign Tumblr this week, adding the commentary, "Really, though," plus a link to the women's health page on Obama's campaign website.

The post has since been removed from the Obama campaign Tumblr, but the page was first saved by web sites that "cache" or save the impressions from web sites over time. Google's caching service provided a snapshot of the page showing it online just before 4 p.m. ET on Monday afternoon.

A spokesman with the Obama campaign did not return a request from CNN for comment on the post.

It was done in the style of the ecards on the website Someecards, whose website shows it was posted there by a user of the site known as WiscoWoman on May 27.

The Obama campaign post brought the meme to prominence online. On Tuesday afternoon, the original Tumblr post had over 8,700 "notes" which includes other users posting the graphic to their Tumblr pages.

Conservative websites, including The Drudge Report and The Weekly Standard noted the post, and it drew a flurry of comments on Twitter.

A separate Tuesday afternoon post mentioned women in a different context, noting the platform differences between Obama and Romney on Planned Parenthood and reproductive health care.

Tumblr says it has 75.8 million blogs and that nearly 63 million posts are added daily.

As the Tumblr user who posted the original meme noted on a separate Tuesday afternoon post, "It's got a life of its own now."