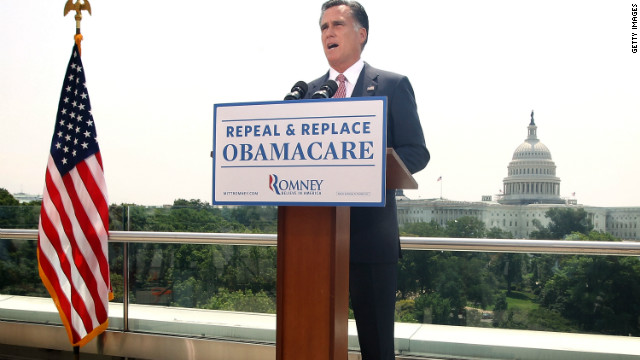 (CNN) - President Obama's Affordable Care Act, when fully implemented, will most likely reduce the number of uninsured in every state, age group and income level – a stark contrast to a GOP presidential nominee and Mitt Romney's plan, according to a new report by The Commonwealth Fund, which compares the ACA to Romney's pledge to repeal the law and replace it with more targeted policies.

According to the report, children and low- and middle-income Americans would be hardest-hit if the ACA were repealed. The report found that by the year 2022, with the ACA in place, about 27 million Americans would still be uninsured – a reduction of nearly 33 million people.