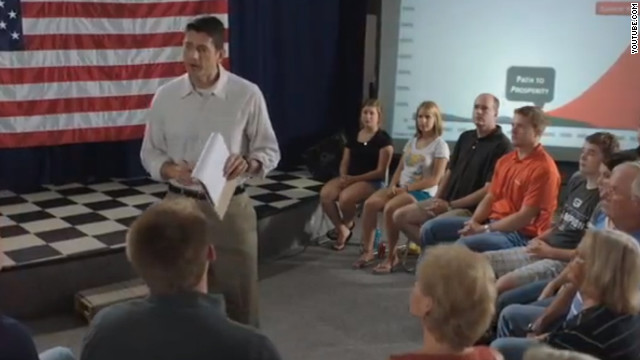 (CNN) - Republican vice presidential candidate Paul Ryan is out with a new ad Tuesday – one supporting his bid for reelection to the House of Representatives.

The seven-term Wisconsin congressman's new spot, "Patient Centered Solutions," shows him fielding a question from a Wisconsin woman about his plans to reform the health care system.

"We should get insurance and government bureaucrats out of the way and force health care providers to compete for our business," Ryan says in response to the question. "That way we can cut costs, improve quality, and make health care accessible for everyone."

He makes no mention of President Barack Obama's health reform law, which he and GOP presidential nominee Mitt Romney criticize on the campaign trail, but does say health decision should not be in the hands of "government or insurance bureaucrats."

"Insurance companies and providers should show us their prices and practices so you can make decisions based on cost and quality," Ryan says.

"To pay for government-run healthcare, you'll pay higher taxes and more for your medicine," the narrator says.

Ryan went up with his first ad in mid-September, CNN reported at the time.

His home state, Wisconsin, is a presidential race toss up on the CNN Electoral Map and has 10 electoral votes in that race.

Ryan represents the state's first congressional district and is chairman of the House Budget Committee. He also serves on the House Ways and Means Committee, and that committee's panel on health.