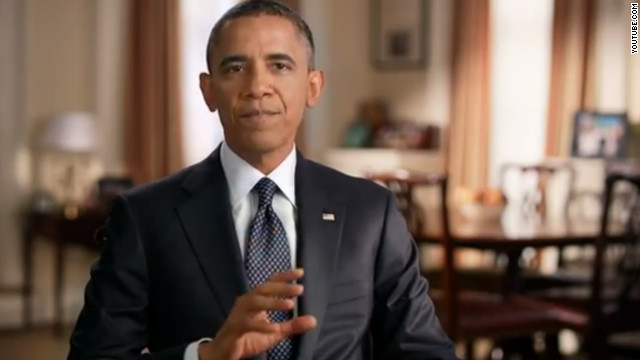 Washington (CNN) - The Obama re-election campaign is spending $6.5 million to run the two minute ad it unveiled last week that could be seen as a preview of the arguments the president will make during Wednesday's debate, according to a Republican ad buying source.

It is unusual, especially more than five weeks from Election Day, for a campaign to put up such a long commercial.

It begins with the President looking into the camera saying: "But if I could sit down with you, in your living room or around the kitchen table...here's what I'd say."

The spot, which started running Friday and goes through Thursday, both lays out Obama's agenda on jobs and the economy as he acknowledges some of the progress that has been made to improve the nation's economy.

It also hits Mitt Romney for some of his proposals on tax cuts and relaxing regulation.

This is not the only ad the campaign is running. It is also spending a lot of money to broadcast a commercial using Romney's own words from the secretly recorded video from a May fund-raiser where he said 47% of the country would not vote for him.

The 2:00 spot is running in the six key battleground states.

While Virginia is always a prime buying target for the re-election campaign, it usually has spent the most in Ohio and Florida on a weekly basis. But for this ad it is spending the most in Virginia.