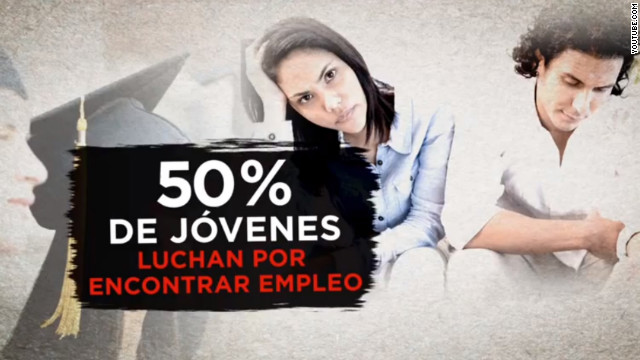 "Obama and the Democrat allies. Their great achievement: a 16 trillion dollar debt," the narrator says in the spot, according to a translation provided by the Romney campaign.

"The policy of Obama and the Democrats has caused that half of our young people are struggling to find work when they graduate," the ad continued.

This spot follows previous Spanish-language ads from Team Romney critical of Obama on Hispanic unemployment, the economy, and Medicare.

One released in mid-August on a similar theme asked, "Can we accept that half of our youth cannot find work upon finishing college?"

Romney makes a similar case in appearances on the campaign trail. In Wayne, Pennsylvania on Friday, he said in a speech at the Valley Forge Military Academy & College, "if anybody who's a young person going to college today keeps voting for the president, why, they get more debt, fewer jobs and a smaller military."

Both candidates have been courting Hispanic voters as Election Day approaches. A study released by the Pew Center on Monday found 23.7 million Latinos are eligible to vote this year, an increase of 22% over 2008 numbers.

The Romney campaign did not say where the spot would run, or how much it was spending to put it on television.