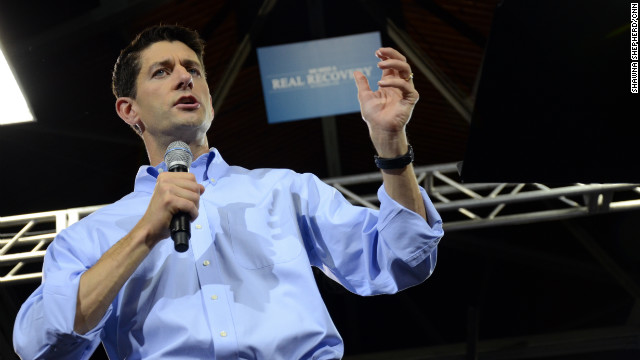 (CNN) - Rep. Paul Ryan was no stranger to running for office when he was tapped in August to join the GOP presidential ticket.

But the vice presidential candidate said Tuesday morning that he is surprised by one of the differences between this run and his seven previous campaigns for Congress.

"The security is probably more than I guess I expected," he said in an interview with the Wisconsin radio station WISN. "I never really gave much thought to that but it's a lot more than one would normally expect."

Ryan is accompanied by a Secret Service detail, as is Republican presidential nominee Mitt Romney.

The congressman said he finds the presidential campaign trail moves at "a very fast pace."

"If I'm not doing a town hall meeting, a rally or a finance event, I'm doing local TV," he said in the interview, noting that "I'm on an airplane two or three times a day on average and I do about three states a day on average."

On the personal side, Ryan is known for his focus on fitness, and said that despite the hectic campaign schedule, "I make sure I get my workout in."