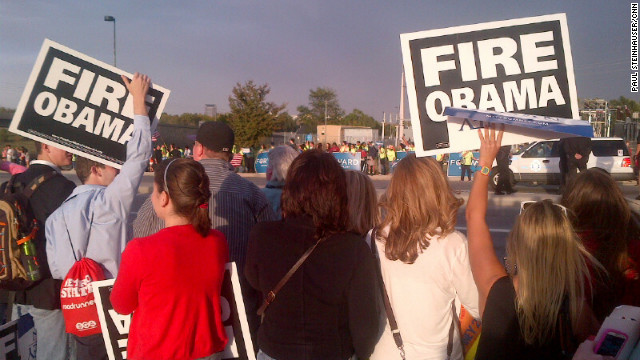 Denver, Colorado (CNN) - Call it the pre-debate battle of the diehards.

Both sides are waving signs and chanting.