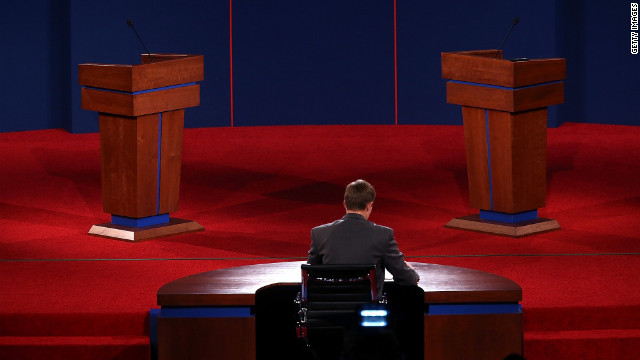 John King: Debate all about trust for Romney

DENVER (CNN) - To win in November, Mitt Romney must emerge from his first debate with President Barack Obama as the leader on this campaign's defining question: Which candidate do voters trust more to handle the economy?

"He has to paint a compelling picture of a better economic future and why he can lead us there and President Obama can't," GOP pollster Whit Ayres told CNN when asked to define Romney's paramount debate challenge.