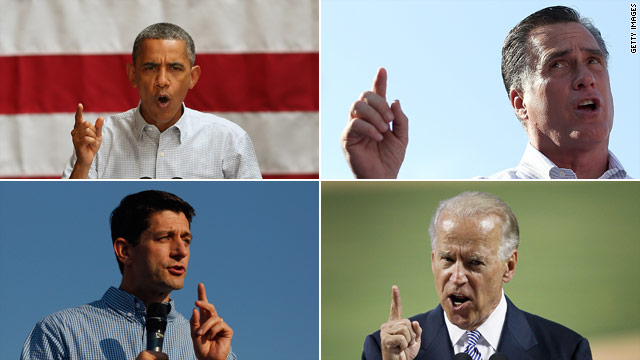 According to a Marquette Law School survey released Wednesday, 53% of likely voters in the Badger State say they're backing the president, with 42% supporting Romney, the former Massachusetts governor. Obama's 11-point lead is down from a 14 point lead in the previous Marquette poll conducted in mid September, after the Democratic convention.

Two other non-partisan, live operator surveys conducted during that same mid-September time period indicated a much closer contest. A CNN Poll of Polls which averaged all three surveys put Obama up by nine points.

The last Republican to win Wisconsin in a presidential contest was President Ronald Reagan, in his 1984 re-election. While the battle for Wisconsin was close in 2000 and 2004, Obama won the state by double digits four years ago. Wisconsin is the home of Romney's running mate, Rep. Paul Ryan.

The poll also indicates a close contest in the race to succeed retiring Democratic Sen. Herb Kohl, with Democratic Rep. Tammy Baldwin holding a 48%-44% edge over former Gov. Tommy Thompson, the Republican nominee. Baldwin's margin is within the poll's sampling error. She held a nine point lead in the previous Marquette survey.

The Marquette Law School poll was conducted 27-30, with 894 likely voters in Wisconsin questioned by telephone. The survey's sampling error is plus or minus 3.3 percentage points.