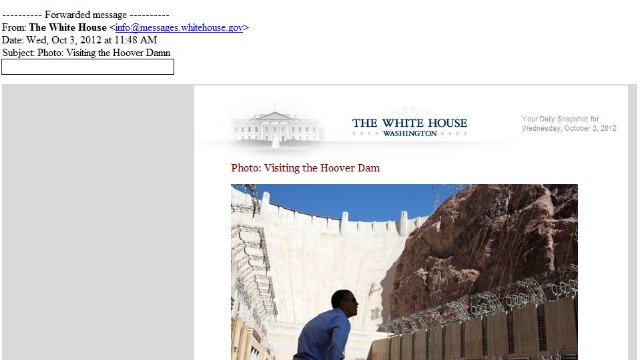 The word dam appears in other parts of the email and that was the only time it was misspelled.

Several hours later, just before 2:30 p.m. ET, the White House sent out a second version of the email, this time omitting the profanity with the correct spelling of the word "dam" in the subject line.

The corrected email read: "An earlier version of the Daily Snapshot included a typo in the subject line of the message."