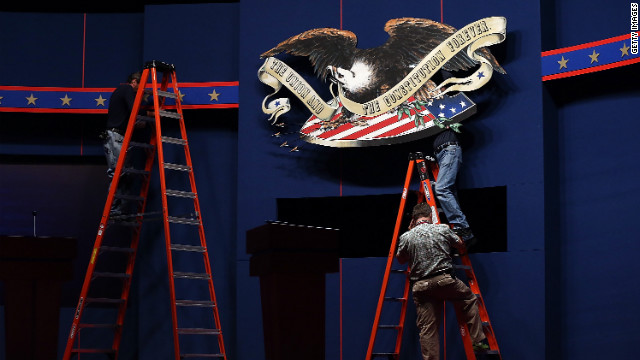 Denver, Colorado (CNN) – Just what can viewers expect to see when President Barack Obama and rival Mitt Romney square off at the first presidential debate in Denver Wednesday night?

While the conversation might at-times be freewheeling and off the cuff, both candidates will have to operate under the confines of the hard-and-fast rules established by the Commission on Presidential Debates.

These include six 15 minute segments, the first three of which will focus on the economy. The others, according to the Debate Commission, will touch on health care, the role of government, and governing.

Moderator Jim Lehrer will open each segment with a question, after which both candidates will have exactly two minutes to respond. Lehrer is expected to use the remaining time in each segment for quick follow ups and discussion time. The candidates are not permitted to ask each other questions.

President Obama will take the first question and the candidates will alternate after that. The debate is expected to last exactly 90 minutes.

Now, the only question is will the candidates follow the rules.